Dangers Of Too Much Screen Time

Being connected to the virtual world is something that people can spend a lot of time doing. Studies have proven that we are addicted to technology, and particularly many people suffer from social media addictions that they feel unable to get a grasp on. It’s not that uncommon for people to spend upwards of 8 hours on their phones or computers each day, which is a shocking statistic to hear, but is the reality of the world we live in. 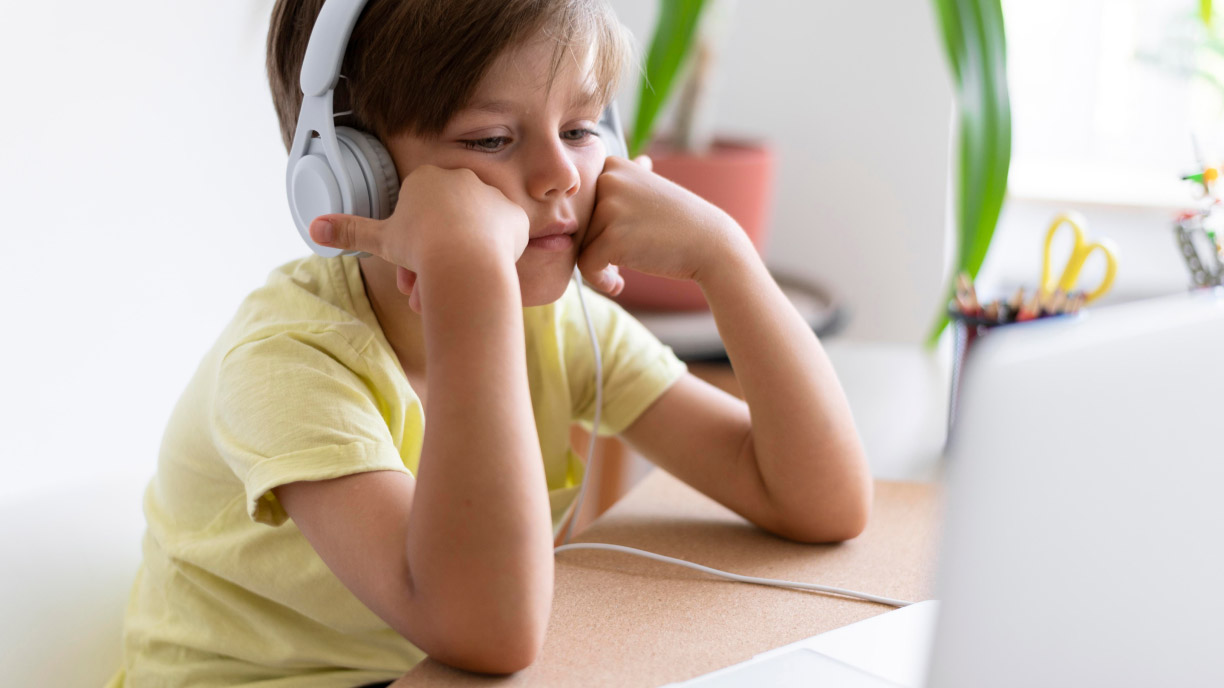 The inventors of online technology and software benefit from people spending the most time possible online, so many apps, games and websites have built in features that will keep people continuously scrolling. There is no ‘end’ to a Twitter feed, or a Facebook news feed, or an Instagram home screen, the page will just continue to show new content until the user themselves decides that it’s enough. This is a psychological technique to keep people online for as long as possible. Samira from Kentucky experienced this herself; “I used to spend hours online and found it difficult to stop- I would always wonder what I was missing if I ever looked away.” 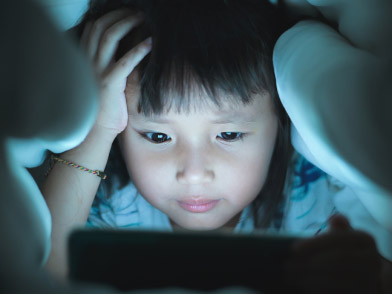 These are techniques that are used on adults, so think about how this would affect the impressionable mind of children. Since the new generations have not lived in a world where the internet doesn’t exist, they have the potential to become addicted to excessive screen time from a very young age. Getting an addiction to technology before the brain has even had the chance to properly form can have serious negative side effects on the development of the brain, including the way the child acts towards others and the way they understand themselves.

Leading this reclusive kind of lifestyle where the child spends so much time on the internet means that they will not have so much opportunity to spend time with their peers in real life. It is so important in childhood to spend time interacting with other kids, this teaches us valuable social lessons about how to treat friends and how social interactions can have results and consequences. Childhood is the time to put all of these things to the test and explore the results. Stephen, a worried parent from California commented that “I worry my kid isn’t spending enough time with his friends. I know he’s happy to spend all of his time in his room playing video games, but it doesn’t seem right to be, it seems like he should be doing more with his time and his precious childhood.”

If a child spends too much time online, they can forfeit many of these formative experiences and therefore will have difficulties communicating and relating to others in their teenage and even adult years. It is for this reason parents must ensure that their children do not spend too much time online, as the side effects can unfortunately be extremely negative.

Depending on where the children are spending time online, the outcomes of over-exposure can be even deeper. For example, video games are a popular pastime for children on the internet, but not all of these video games are appropriate or send messages that parents would want their children to be watching. Many video games celebrate violence, and these are therefore the influences going into a child’s mind. This can then be taken off the screen into the real world, where the child may demonstrate violent behaviour towards their peers or others in the world around them. Maggie from Montreal commented that her son “got into trouble in school as he was mimicking some of the language and expressions he heard in these video games, which ended up getting him into great trouble. Unfortunately I wasn’t aware that the games could have this effect.”

Spending too much time on video games that glamorize violence or other illegal activities may cause children to lose their sense of reality. Since they are spending so much time on the video games, they can begin to lose sight of which world they actually live in. This means in real life they may think that committing a crime is acceptable, or commendable even. This is a real worry that parents have to face and must make sure does not happen to their kids. This can be stopped by parents putting firm and clear limits on the amount of time their children are allowed to spend online. Knowing that the children have boundaries means that there isn’t such a risk of losing connection with actual reality.

Another very real problem that can be caused by an excessive amount of screen time can be irregular sleeping habits. Teenagers naturally have disrupted sleeping patterns as a result of hormonal changes and imbalances inside of the body, but the addition of time online to this can have a hugely detrimental result. Since the night is when children have the most time to spend alone in their rooms, the internet can become very distracting and mean that the child does not get enough time to sleep in the night.

Katie who is 13 from New Jersey found this, as she said “I used to only get two or three hours sleep in a night as I would be on my computer either talking to people, watching TV shows or reading up on celebrity news. I felt so tired all the time, but when the night came, I’d do the exact same thing again.” Not having enough resting hours can have effects on mood and growth. It can also mean that they end up going to sleep very late in the night and getting up late the next morning, maybe missing school or missing other engagements. This is also unacceptable and a shame since it could be avoidable.

Another reason sleeping schedules could be disturbed is because the light that is emitted from computer and phone screens is a blue light which causes the body to think it is the daylight hours, even when it might actually be the night time hours. This means that even when the kids do lay their heads down to rest, their bodies aren’t in a suitable position for sleeping because of the impact of the screen time. This is an avoidable problem, for example by kids not spending their evenings online, but saving their online activity for earlier hours of the day. Donald from Hawaii found this in his daughter; “she kept saying that she wasn’t tired even though it made no sense, but afterwards I realised why this was- her body’s natural rhythm was being disturbed by too much online time.”

So What Is The Solution?

Expecting children to have the self-restraint to not spend too much time online themselves is a difficult and unrealistic expectation to put on them. The internet is very tempting and as aforementioned, also addictive. Even if parents tell their children they are not allowed to spend time online in the evening, if the computers are in their rooms they may not be able to stop them. Brian found this, “I knew I wasn’t going to be able to get Mary to stop using the internet herself, this was just impossible.”

One solution is to remove the computer from their bedroom, or place it in a space where the parents will be able to monitor it. However if this is not possible then another option can be installing software that means that kids are blocked from spending time online once they have used up their designated time period.

Browserlock Kids Mode is one such app that offers this feature, as it sets the amount of time kids are allowed to spend time online daily. Once this has been used up, the kids are able to send a request to their parents’ mobile to ask for more time, and the parents can choose whether to refuse or accept this request. In this case the parents will know that their children are spending an appropriate time on the internet, and not have to worry about any of the side effects that come from overexposure to the internet. Claire from Arizona was particularly pleased with this result; “Since my daughter was unable to spend more time on the internet than I allowed, she ended up spending more family time with the rest of us, and we all were a lot happier for it.”

The problems and difficulties kids face online do not happen out of bad intentions, these are just difficulties that must be addressed and faced by parents and children alike. Having outlets to help reduce screen time for kids is a healthy and positive step to ensuring that when kids do spend their time online, they use it valuably. Equally, they will remain with time to spend outdoors and with their peers, to help their growth and development in all the right ways.

Creating A Safe Online Learning Environment No matter how good the intentions of a student can be when they sit down at the computer, the amount of available online distractions can be a huge problem. How can the attention stay on the more slow-moving educational material, when there are all kinds of gaming and video websites easily at a child’s disposal? Read more 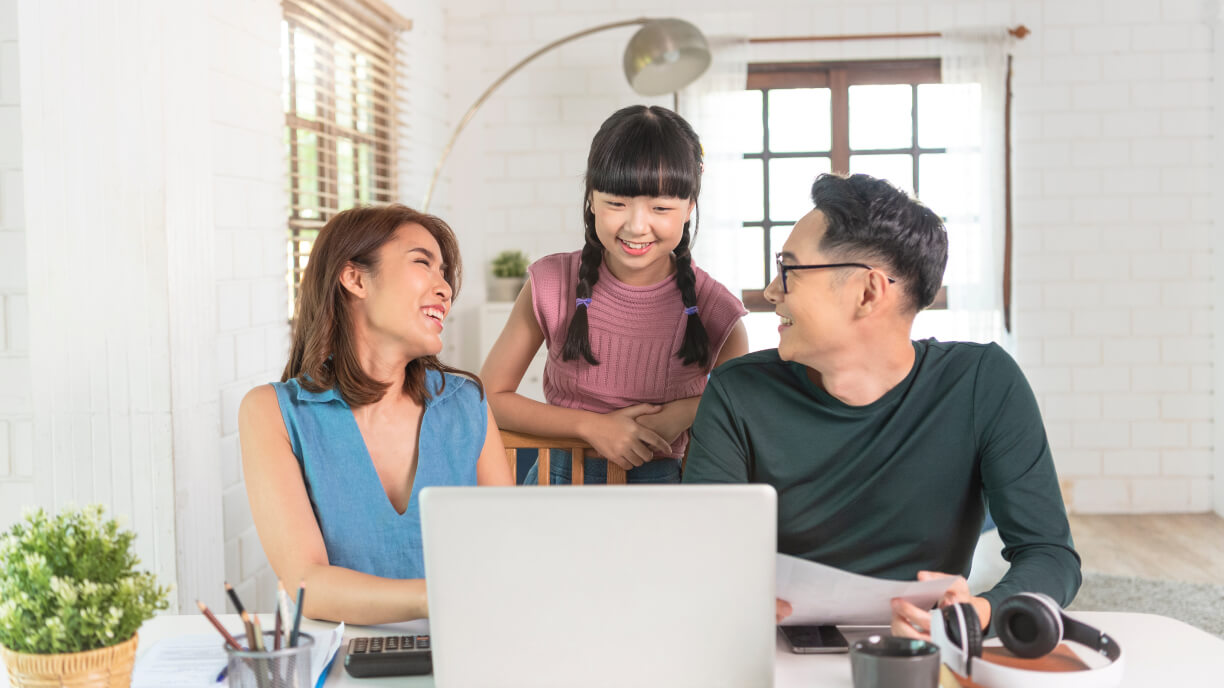 How To Talk To Your Kids About Online Safety We know that our kids will be spending time online, but that doesn’t have to be a bad thing. As a parent, the main concern is for kids safety. Apps with protective settings such as Kids Lock are here in order to reassure you that the time your kids spend online will be problem-free. Read more